Air transportation is expected to grow persistently over the next decades. Clean combustion technology for aircraft engines is a key enabler to reduce the impact of this growth on ecosystems and humans’ health. The vision for European aviation is shaped by the Advisory Council for Aviation Research and Innovation in Europe in the Flight Path 2050 goals, which define stringent regulations on pollutant emissions.

The ITN MAGISTER will utilize Machine Learning to predict and understand thermoacoustics in aircraft engine combustors, and lead combustion research a revolutionary new approach in this area.

The target of this experimental research is to produce a database of droplet characteristics during the prefilming airblast atomization process, under an oscillating flowfield.

The main airflow is divided into two different channels. A certain amount of the total air mass flow passes through the siren and is excited at determined frequencies before it is mixed with the rest of the mass flow, which is bypassed through an air plenum. The product airflow of the mixing flows through a 1.5 m long resonance tube before it reaches the airblast prefilmer nozzle at atmospheric conditions.

The designed and manufactured airblast atomizer consists of a stainless steel standardized symmetrical airfoil profile (NACA-0010), with a chord length of 73 mm and a trailing edge thickness, i.e. an atomization lip thickness of approximately 200 μm. The cavity on the inside hosts the liquid, which then emerges on the surface of the prefilmer through 40 equidistant drilled holes generating a uniform liquid film. The air is flowing on both sides of the prefilming atomizer while the liquid film covers only one side, replicating in this way the prefilming surface of a conventional airblast atomizer.

The airflow velocity and its fluctuation over time due to the siren was measured by means of hot wire Constant Temperature Anemometry (CTA). The data rate of this device can be as high as 100 kHz, which is one of the main reasons that it was preferred for measuring an airflow fluctuating at relatively high frequencies.
The characterization of the spray, i.e. the droplet velocity and diameter, was accomplished via Phase Doppler Anemometry (PDA). 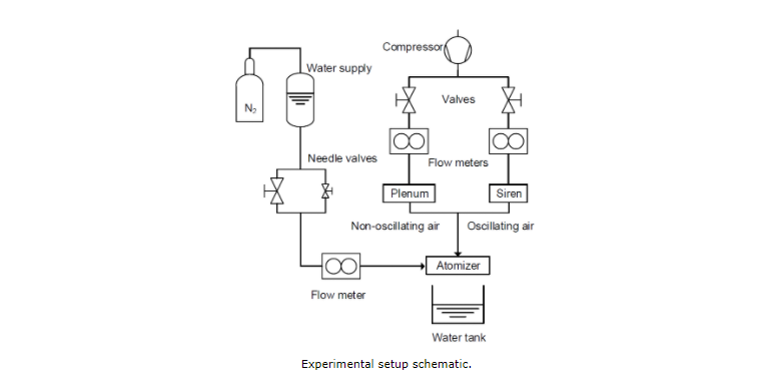 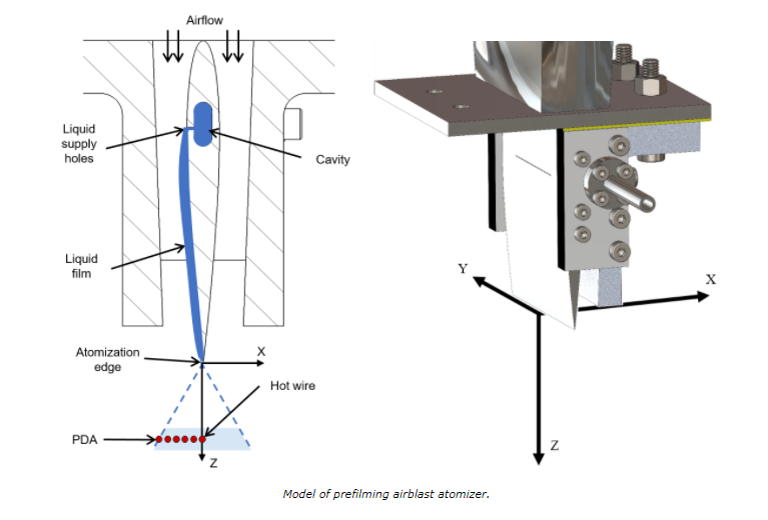 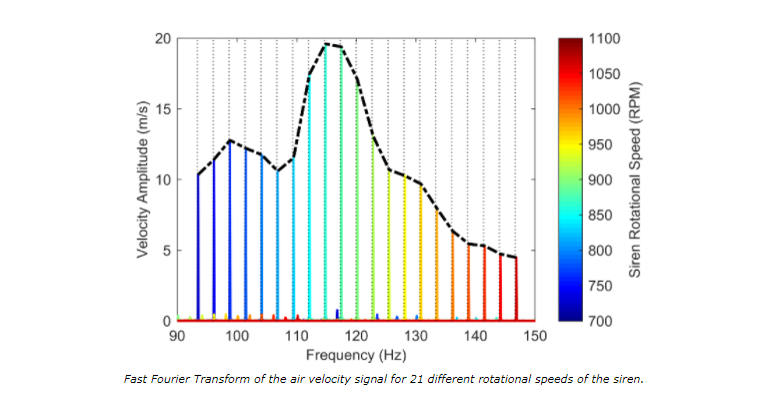 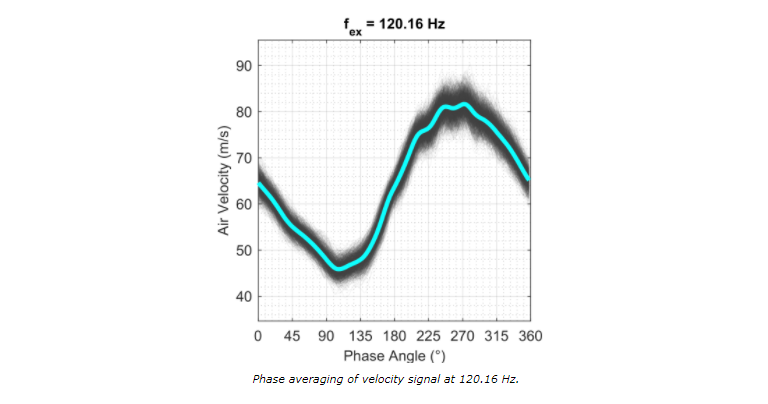 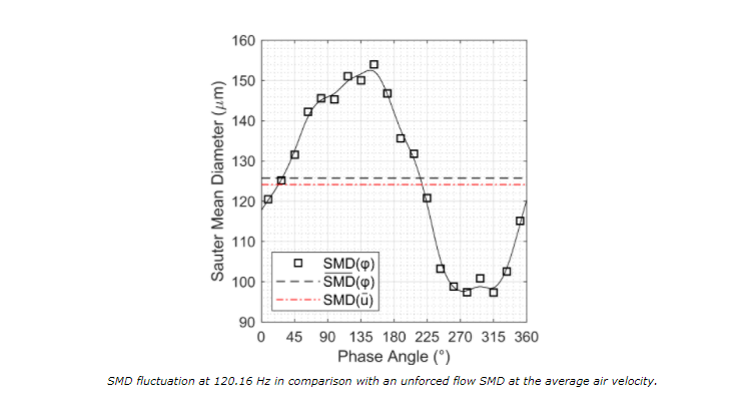 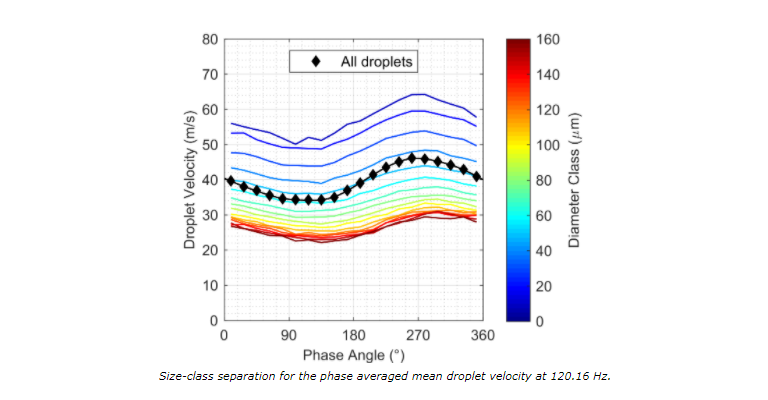